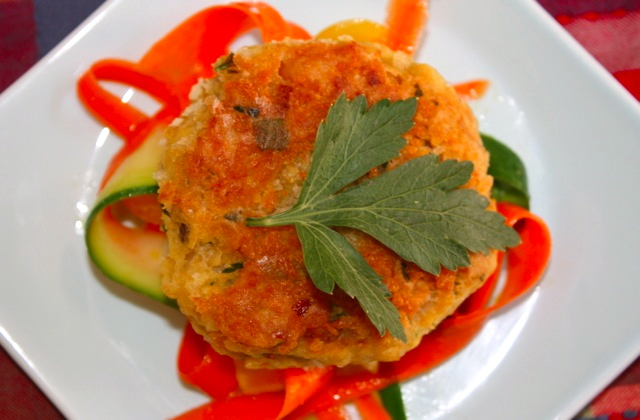 First, I just realized my old recipes dated from 2008 are gone, well in am in the process of adding them back. I had a major problem with my blog, and all the recipes disappeared. They are still in the blog but don’t show…I hate technology when I cannot figure it out. That made me very frustrated and bummed, but I guess there are things more important in life, and I need to “relativiser” as we say in French.
Where did the time go? And where have I been? I cannot believe it’s been almost one and half month I did not post any recipe. Where is the good old time where I could post every day?  In one month and a half, many things happened in my life, such as a trip to France where my mom was in the hospital and I took care of my dad who had a stroke a while ago. The good thing is, despite the terrible weather I had a great time shopping. I found a lot of fun kitchen gadgets that will make my life easy (who doesn’t like that?)…well, clothes too… Then back to the US, with a tendonitis, and more work, so I had to leave the blog a little on the side. C’est la vie… 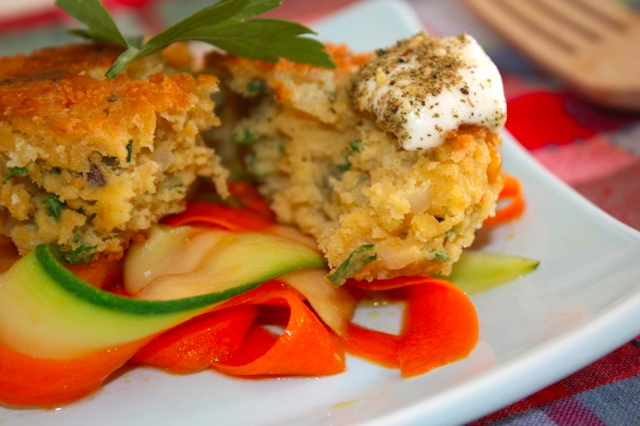 I have been testing chick pea galettes for my vegan recipe list, and I finally stopped testing at this one. It took me a while, but I like this version the best. It’s like when you meet the person you want to spend the rest of you life with, you know it’s the one. Voilà c’est la bonne! Yes it’s the one, I am quite happy with this texture and flavor. Moist, soft and airy inside and crunchy outside.

You can serve those with a crunchy salad, or any green thing, I like to make ribbons with carrots and zucchini sometimes, just for the fun shape. I think they can be a remote cousin to falafel, but since I never really made real falafel I would not know for sure. Let’s be careful when making statements.

I used za’atar on top of the yogurt, which is an arabic spice. There are various preparations and versions of this spice mixture, such as the Lebanese one, Palestinian one, etc… but za’atar is usually made of dried thyme, sumac, sesame seeds, oregano, and sometimes other spices. I love it on Labne or Greek yogurt. It’s usually sold in Middle Eastern stores.

Ingredients for 3 (2 galettes each)

For the yogurt sauce

In a mixing container, puree the chick peas, add chick pea flour and panko. Add egg and mix all ingredients together to form a paste. Add the rest of the spices and herbs, mix well. Add baking powder. Make small galettes of about 2 inches diameter. Dip both sides in the rest of the panko.

Heat sunflower oil in a pan, and cook the galettes on both sides until golden brown, for about 7-10 minutes at medium heat.

For the salad, using a potato peeler, make ribbon with carrots as if you were peeling them. Proceed the same with the zucchini. Bring 1 cup of water to a boil, and cook zucchini for about 4 seconds. Remove from stove and drain. Mix zucchini, carrots and cherry tomatoes, toss with olive oil and lemon juice, salt and pepper.

For the yogurt sauce, mix all ingredients together. Add za’ater on top.

Place some salad in the middle of a plate, plate one or two galettes on top and serve with yogurt sauce on top or on the siade

This entry was posted by silvia on July 19, 2012 at 4:26 am, and is filed under Appetizers, Express - Less than 30 minutes, Vegan, Vegetables. Follow any responses to this post through RSS 2.0.You can leave a response or trackback from your own site.