« Are you ready for summer? – Ricotta terrine with roasted peppers and mint
I am in love again – Vegetable and haloumi skewers on mâche salad with fava beans – roasted bell pepper, capers and lemon vinaigrette » 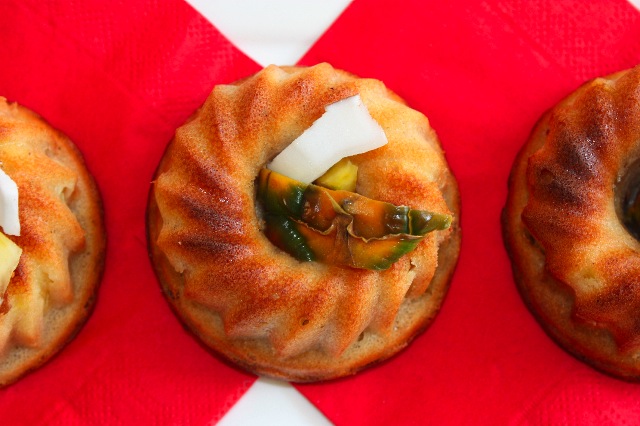 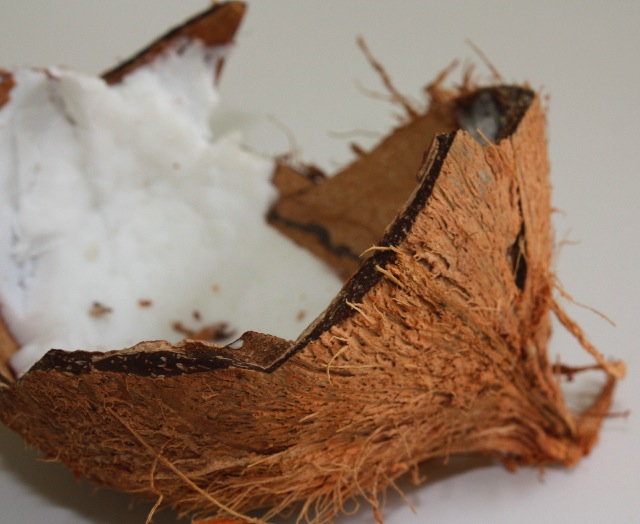 These last couple of days have been a little on the chaotic side, driving to one side of town to see my doctor, then rushing to the other part of town for a court appearance for a ticket that I thought was so unjustified. It seems like the city of San Francisco needs money, and the police is distributing tickets left and right. I will not contest a ticket for something I did wrong but when it’s not justified, I feel I need to explain myself. Maybe the libra in me who is always looking for justice and balance. Anyway I had never been to court before and that was a strange experience. We were greeted by a Police officer who instructed us to be silent or we would been thrown out of the room. That type of order and authority petrifies me, so I was sitting still without even moving a finger and barely blinking.

Basically after my entertaining day in court, I had very little time to do anything… 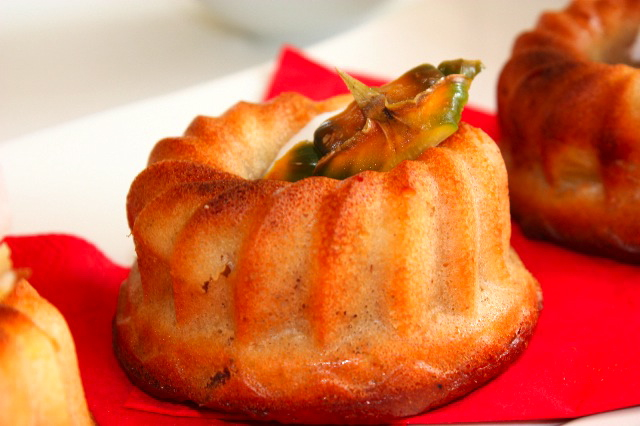 I’ve had a pineapple and a whole coconut sitting in the kitchen, screaming for attention…I love those two they’re inseparable, so having a stock of Greek yogurt in addition to this, there was no other option that using everything in a traditional French yogurt cake. The base of the cake had been modified quite a bit, adding chestnut flour (which is one of my favorites flour for baking, it has a delightful sweet nutty flavor). Yogurt cake is to the French as maybe cupcake is to Americans…we learn how to bake it while in school as early as 10 years old. This recipe is not a traditional gâteau au yaourt, It’s been twisted around and is more of a cousin, I have a traditional recipe for gâteau au yaourt here.

I made a pineapple sauce with coconut to be served chilled on the side and complement these little cakes very well, so if you like pineapple, you will love those ones. The yogurt makes the cake very moist and gives that particular lactic after taste that I love. 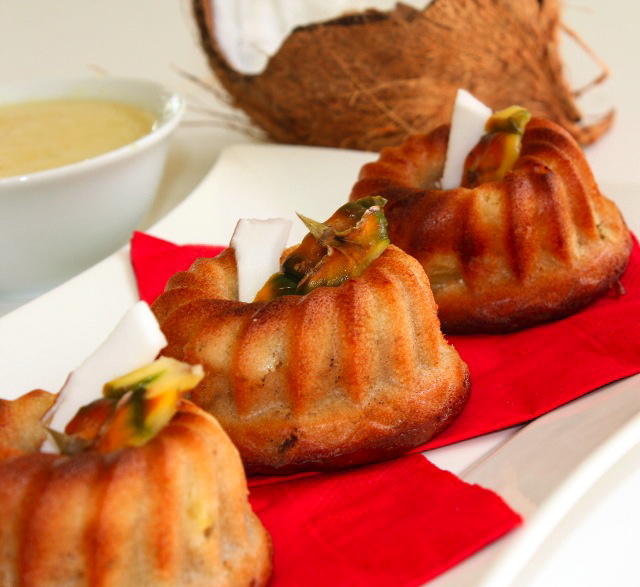 Ingredients for about 14 individual cakes (or one large)

For the pineapple-coconut sauce

Add coconut and diced pineapple carefully blending everything together.

Pour batter in individual molds and cook in a pre-heated oven at 365-379F for about 30 minutes or until cooked all the way through.

Let it cool and remove from molds, preferably silicon molds.

Blend all ingredients in a mixer and refrigerate.

This entry was posted by silvia on May 28, 2010 at 6:22 am, and is filed under Desserts. Follow any responses to this post through RSS 2.0.You can leave a response or trackback from your own site.