« In and out Focaccia – Focaccia with green olives, oregano, cherry tomatoes, and ricotta salata
Who's in for okra? – Spicy okra, green beans and shrimp stew » 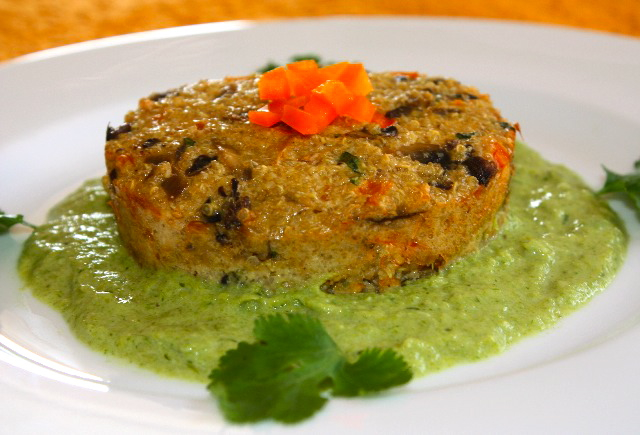 Feeling like quinoa? after quinoa salads, I wanted something cakey but savory…My baby parrotlet Lilou ate all of the quinoa I made last Saturday, he loves quinoa and barley so now we share the same meals. There is always an extra portion for Lilou – Seems like quinoa is a bird seed along with millet but I do love bird seeds. 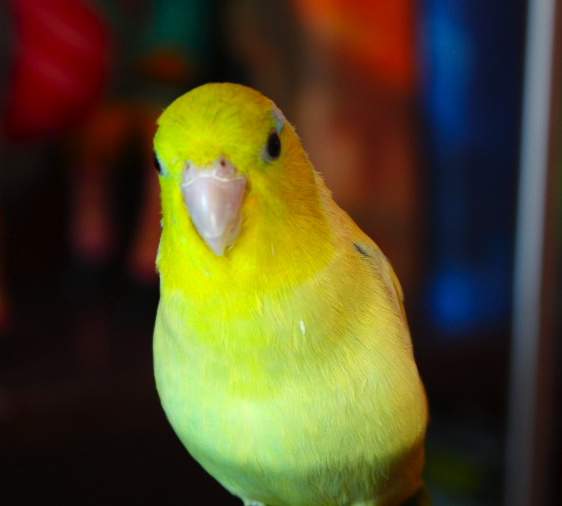 This particular parrotlet loves when I cook, he is so curious and intrigued to the point that when I chop vegetables, he gets so excited, he flies from his cage into the kitchen and starts chirping; just adorable.

I had a quinoa galette a few years ago in Paris at “La Maison du Danemark” on the Champs Elysées, a quite famous fish and seafood restaurant serving a Danish contemporary cuisine with an elegant touch and once in a while when preparing quinoa, I think about that galette.

With years going by, I really don’t remember what was in the galette, it seemed plain, I just felt like turning those cute seeds into something solid to bite on. After all, galettes are delicious, you don’t need to add too many ingredients into the mixture, you just enhance them with a coulis or a cream of vegetables like this one.

Dans le même esprit (in the same style), I made millet galettes a while ago, that are a derivative of those, so you can just play around with the ingredients and have fun. I used almond flour to thicken the batter and it added a pleasant nutty flavor. I like to steam quinoa, like I would do for steam rice, and usually I use 2 doses of water for one dose of quinoa.

For the quinoa galettes

For the cream of leeks

Cook quinoa in a pot covered with twice its quantity of water. Cover with a lid and cook slowly until the water has been absorbed.

Heat olive oil in a pan, brown onions, then add mushrooms and bel pepper. Adjust with salt and pepper. Cover with a lid and let it cook until the vegetables are tender but still firm. Remove from heat and add to the quinoa.

Add eggs and almond flour, mix well. Add mint and adjust with salt and pepper. At this point, the mixture will be thick but still smooth.

Place in silicon molds of about 10 cm diameter or greased ramequins. I love silicon molds because the food doesn’t stick and cooks quickly. Cook in a pre-heated oven at 370F for about 20 minutes.

While the galettes are cooking, prepare the cream of leeks. In a pan, heat olive oil then add leeks. Stir for about 3 minutes, then add broth, salt and pepper. Cover and let it cook until the leeks are tender, about 20 minutes. Add cream and stir well, cook for another additional 5 minutes.

Blend in a mixer, and if the sauce is too thick add more broth.

Serve each galette with a few spoonful of leek cream around.

This entry was posted by silvia on March 24, 2010 at 7:31 am, and is filed under Grains, Vegetarian - dairy. Follow any responses to this post through RSS 2.0.You can leave a response or trackback from your own site.