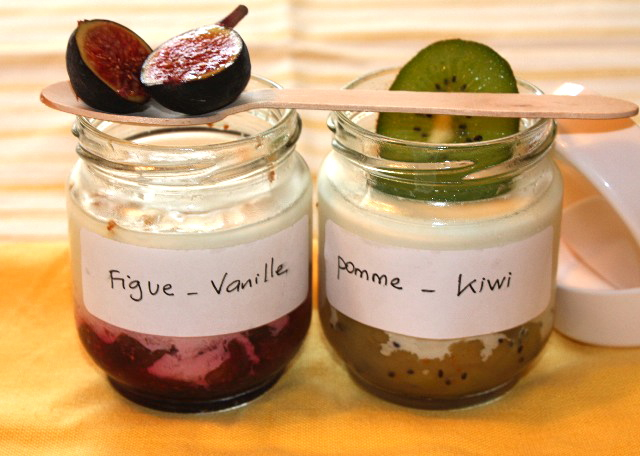 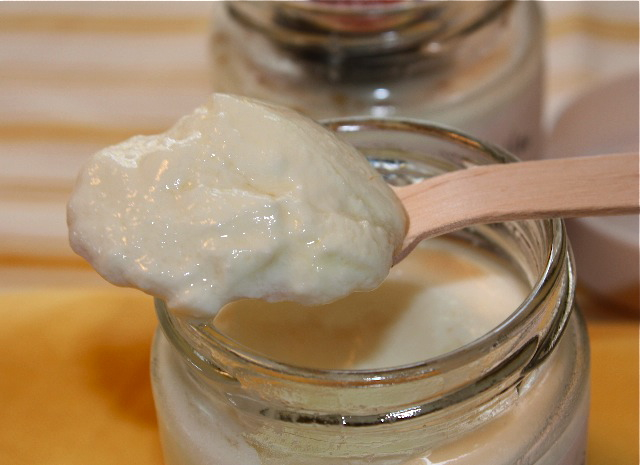 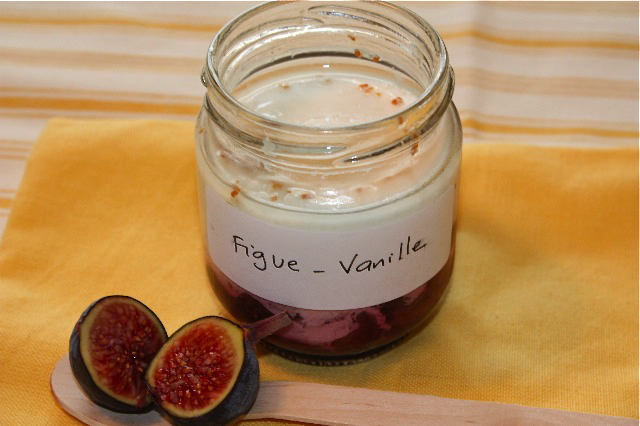 I have been back to the US since last Friday and one thing that I already start missing is the yogurt. If you haven’t tried homemade yogurts, you haven’t tasted the goodness of what a real yogurt can be. I have always been nostalgic about the wonderful yogurts you can find in France in the yogurt/dairy section in any supermarket area. There are about four full aisles of yogurts and dairy specialties of dairy and non dairy fresh desserts. I am in heaven. Yogurts in the US tend to be on the boring side and quite frankly not very good. I tasted all of the brands, and I always remain faithful to Strauss, their European called yogurt. It seems like all yogurts contain gelatin and taste artificial especially the flavored ones, so I stick to the plain kind.

Yogurt making is like bread making in France right now, two nationwide spread trends. So after going to FNAC, a bookstore/electronics store, and spending hours on the cook book section, I run into an intriguing book on making yogurts, and I decided to buy it.

I used approximately the recommended proportions I found on the book called “Yaourts” from Solar Editions, then I somehow flavored them according to my tastes. You can use any fruit you like.

The great thing about making yogurt is that you can play around with different milks, spices and fruits. For this first attempt, I used fat free milk, but next time I will use the 2% fat and see the difference. The only inconvenient is that it takes about 10 hours to have your yogurts ready, but then you get seven of them. You can use either a plain yogurt or yogurt ferments for your mixture.

If you are using fruits at the bottom, I suggest to start preparing them beforehand. Peel figs and cut in small cubes, add sugar and let it cook until it becomes into a smooth consistency. Add vanilla and let it cool. Proceed the same way with the apples and kiwis (without the use of vanilla).

Remove milk from the refrigerator and keep it room temperature for a while. In a mixing container, mix milk and yogurt. Add evaporated milk. Mix well.

Place 2 tbs of fruit sauce in each jar, add milk mixture and place in yogurt maker as per instructions. Do not close jars with lids. I kept those for 9 hours in the machine since I used non-fat milk. If you are using regular milk, or half-skimmed milk, you need to leave the yogurts about 7-8 hours. When the machine has stopped, put lids on and place in the refirgerator for 3 hours.

This entry was posted by silvia on January 28, 2010 at 6:03 pm, and is filed under Desserts, Vegetarian - dairy. Follow any responses to this post through RSS 2.0.You can leave a response or trackback from your own site.