An ancient tradition – The galette of "The Kings" 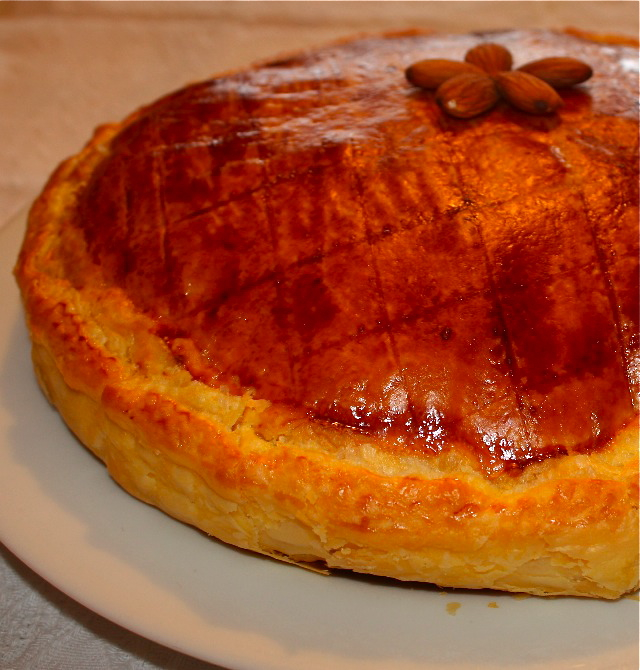 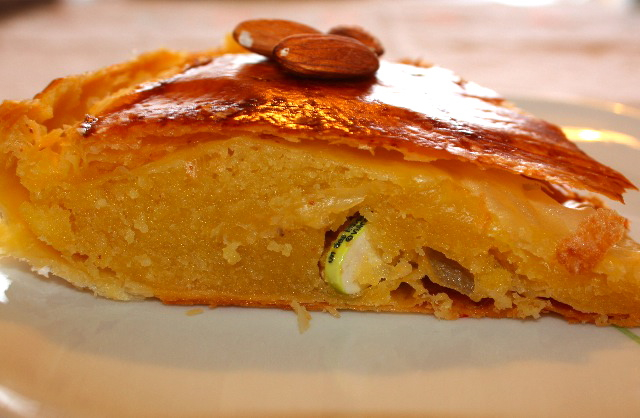 Yes, it’s this time of the year again. Every January 6, in France we celebrate La Galette des Rois (rois = kings), for the pleasure of kids and adults too. I haven’t met anyone who doesn’t like Galette des Rois. It’s this sweet thing that even non-sweet tooth do enjoy to eat too.

Galette des Rois is an ancient tradition that refers to Epiphany which is a catholic tradition that goes back to the IV century. Every catholic church celebrates Epiphany on Jan 6. Before Christianity, this celebration was for the apparition of the Greek God Dyonisos who was attached to seasons, he died during the decline of vegetation and would resuscitate with the light. Basically, I think it’s called Twelfth Night in English referring to 12 days after Christmas.

Epiphany derives from Greek that means “event” and refers to the birth of Jesus. Epiphany refers to to acceptance by the Magi (The Three Wise Men) of Jesus being the Messiah.

Galette des Rois was starting to be popular already in the XIV century. Its round shape referred to the cult of the sun of the Saturnales, a pagan celebration. Galette des Rois is split into equal parts, you have as many parts as there are guests, with an extra slice for anyone who would drop by. Inside the galette, a “fève” (I think it’s called charm in English) is hidden, and the one who gets it, is the King and gets to wear the crown. This ritual goes back to Roman times when during a feast, one king was randomly picked by hiding a black or white coin in the food. The one finding it, would become king.

If you look at the picture, you can see a “fève” in the middle of the filling, the one who finds this in his slice, gets celebrated king. All bakeries in France sell Galettes des Rois with a paper golden crown during this time of the year, so that the celebrated King can wear it. Then the king gets to pick his queen. Nowadays, its religious meaning has been a little lost, and everyone enjoys a good Galette despite its religion. Since Galette des Rois is only sold during this time of the year, if you are a Galette lover, you can make it any time.

A galette is made of two puff pastry sheets, with a mixture in between those sheets of almond paste, eggs, sugar and butter and other minor ingredients such as rum or almond extract.

Ingredients for a Galette of 6-8 people

In a mixing container, mix almond powder with butter, sugar, eggs, almond extract, rum and crème fraîche to obtain a smooth consistency. In a round non stick tart tray, place pastry sheets, then pour mixture on sheet, place second sheet on top and seal sides. With a fork, make holes on top crust and form stripes vertically and horizontally with a ravioli cutter to create a square pattern.

With a brush, spread yolk on top of crust to make it golden. Cook in a pre-heated oven at 370F until the Galette is cooked and golden brown for about 30 minutes.

This entry was posted by silvia on January 6, 2010 at 4:35 am, and is filed under Desserts. Follow any responses to this post through RSS 2.0.You can leave a response or trackback from your own site.