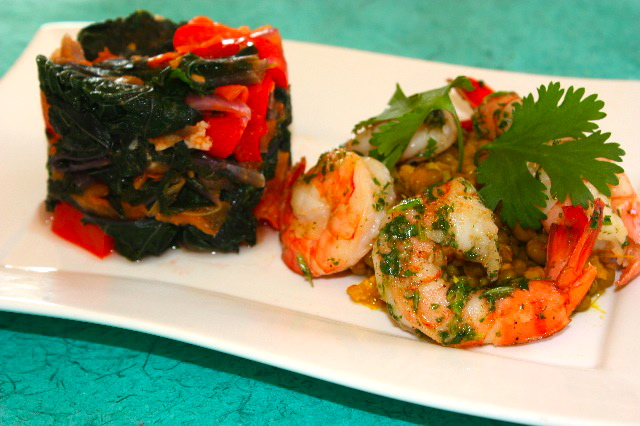 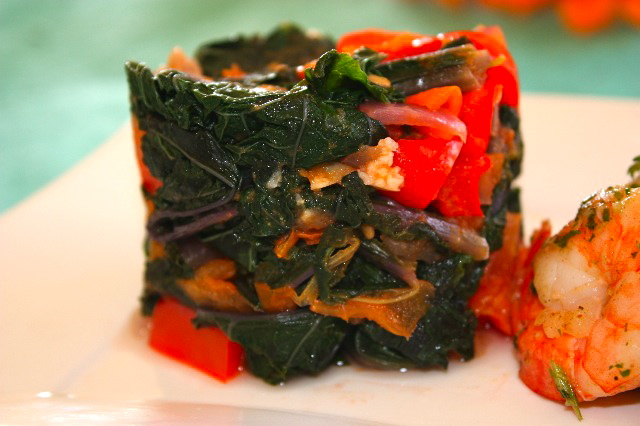 Some days, you just feel like something hearty, healthy with lost of flavors…so I decided to finally cook those mung beans I had for a while in my pantry. They’re round with a bright green color, they’re very nourishing while being very light to digest. In India, they’re used in Ayurvedic cooking. In some other parts of Asia, they are used in sweet dishes and pastes but I like them cooked as the Indian Moong Dhal and eat them as a side dish. Actually, mung beans are green with the husk, when dehusked they’re yellow and they’re used and called Moong Dhal in Indian cuisine .

Chermoula is a Moroccan mixture or paste to be more accurate of parsley and cilantro with various spices and is used on fish, or meat to enhance its flavor. It’s tangy and so flavorful that is a delight on anything. I love it even on toasted bread. There are so many variations of chermoula recipes. Some recipes include red onions, some have more cilantro than parsley, some add chili. So to each its own, now it must to always have cumin and garlic.

This whole dish combination has a nice exotic twist and the kale makes it very well balanced. The kale is simply enhanced by red bell peppers, garlic and onions which enhance the whole dish without adding too many complicated flavors to it, since chermoula and dhal are quite flavorful. I am not sure why this kale is called red kale, since there is nothing red in it and is called “chou frisé” in French (curly kale), and there is nothing curly in it either. Actually I don’t know if it’s the accurate name but that’s what it said on the label. I think sometimes labels are confusing.

I soaked the beans for about 4 hours in water, but they cook quite quickly so that is not necessary. I always count about 2.46 oz (or 70 g) per person of rice or beans as a side dish, you might want to add more.

Cook the beans in water and add ginger, garlic, turmeric and salt. Let it simmer and add water if necessary, they will absorb a lot of it, so keep checking it. When the beans are soft and tender but not mushy, remove from the pan.

Place all ingredients in a mixer and mix to a fine consistency but not like a paste, you need to see pieces of herbs. remove and keep aside. Marinate the shrimps with half of this mixture and refrigerate for about 3 hours minimum. In a wok, heat olive oil, saute shrimps, then when the shrimps are half cooked, add the rest of the chermoula and stir well.

Bring water to a boil, and cook kale for about 5-7 minutes until tender. Drain excess water, set aside and let it cool. Chop roughly.

In a pan, heat olive oil, add onions and let it brown, add bell peppers, cover  and cook for about 10 minutes. Add tomatoes, garlic, cayenne pepper, salt and pepper, and let cook until the tomatoes are cooked and water evaporated. Add kale and saute in the tomato/red pepper fondue. Drizzle with olive oil and dress in plate.

This entry was posted by silvia on November 19, 2009 at 11:01 pm, and is filed under Fish/Seafood. Follow any responses to this post through RSS 2.0.You can leave a response or trackback from your own site.