Do you smoke? Cigarettes with leeks, shrimps and shiitake 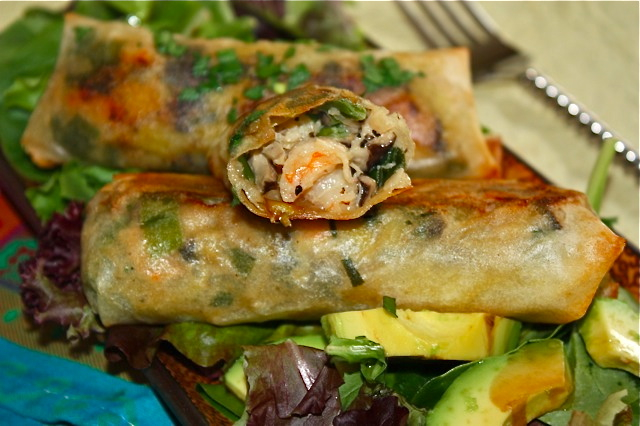 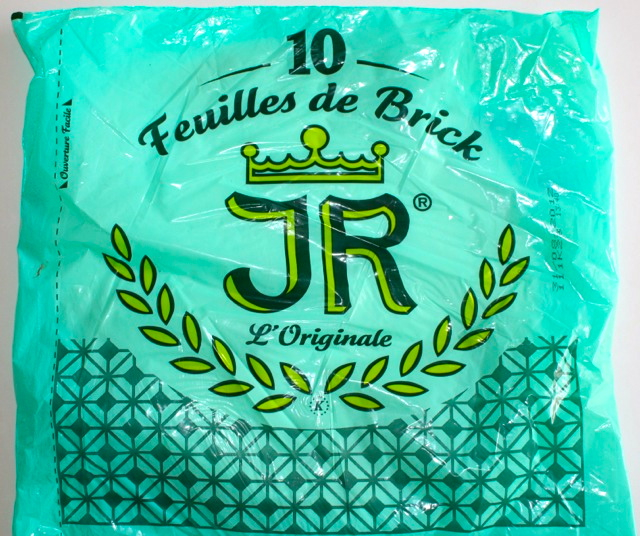 I love feuilles de brick just because they are not as fragile as filo dough and the texture is much more pleasant, the “crunch” is very different. You can check more recipe here with feuille de brick.

Now my frustration ended, thanks to Laurent and his “Gourmet and More” Epicerie he opened in San Francisco, in Hayes Valley. Whoever lives in the city has to go to Gourmet and More if they’re into real French products (not imitation). They even have a “cheese room” where they cut the cheese for you, yes! you have “Fromage à la coupe“, like in France, and not wrapped in plastic like at Whole Foods or most stores. They sell boudin noir, boudin blanc, saucisse de Toulouse, de lapin, rillettes, crozet (pasta specialty from Savoie), many olive oil, teas, etc… a heaven for French people or those who like French products. 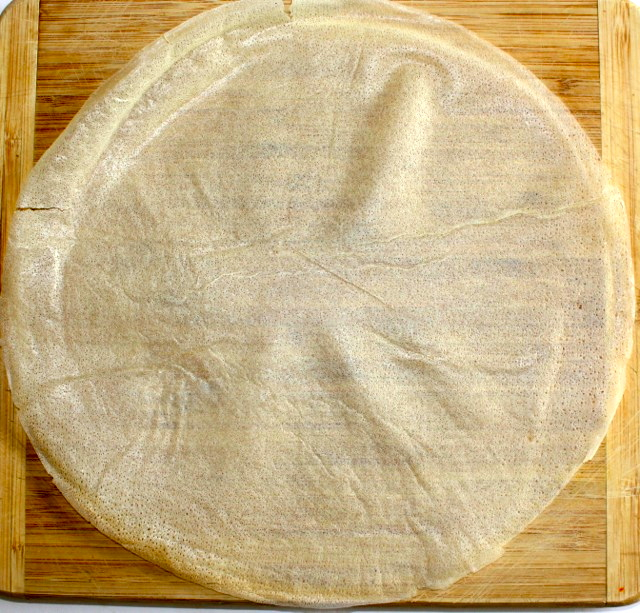 Anyway, those cigarettes are filled with leeks, shrimps and mushrooms and baked in the oven. You can also fried the cigarettes in a pan with oil but I prefer to bake them to make them lighter and not as oilier. You can fill them with whatever you like and served with a simple green salad as an appetizer or light lunch, they’re delightful.

Don’t forget, if you are rooming around San Francisco one of those days, drop by “Gourmet and More“, say Bonjour to Laurent and Josiane (his wife), get some cheese…and some feuilles de brick!

Heat olive oil in a pan, add shallots and cook them for a few minutes until soft. Add leeks and shiitake, cover and cook at medium heat until the vegetables are cooked and the water evaporated. Add shrimps and cook for a few minutes. Adjust with salt and pepper. Add garlic and stir well. Add crème fraîche and cook until the cream has thickened and reduced (no liquid in the pan). Add chives and mix well.

Place about 3 tbs of mixture in a feuille de brick and roll in order to form cylinders, like you would do to make egg rolls.

Baste with some olive oil. Pre-heat oven at 370F and bake for about 20 minutes or until all the sides are golden brown and crunchy. Serve hot on a beg of green mâche or peppery salad.

This entry was posted by silvia on August 5, 2012 at 4:23 pm, and is filed under Appetizers, Fish/Seafood. Follow any responses to this post through RSS 2.0.You can leave a response or trackback from your own site.