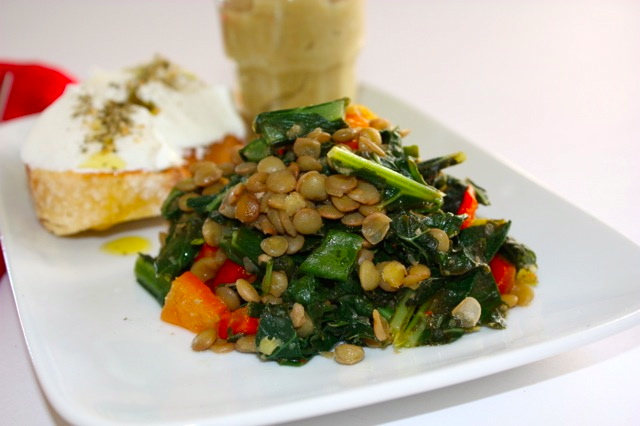 My friend Laurent is French but he grew up in Tunis ( we keep each other company on the treadmill in the mornings), always shares with me his childhood memories about Tunisian cuisine and his culinary experiments (he is a fabulous cook and strangely enough we have the same culinary tastes). Yesterday morning he brought me some delicious molokhia he prepared (which is a typical Middle Eastern dish whose recipe varies from one country to another), and while eating it, It reminded me about my trip to Egypt and cruise on the Nile (the first Middle Eastern country I visited). When you start using some spices, you keep craving for more, and here I am, completely hooked on those exotic ingredients.

Thanks to Laurent, I discovered a wonderful Middle Eastern store Samirami in San Francisco, selling so many spices and Oriental products that became my supplier anytime I am in the mood for Middle Eastern flavors. 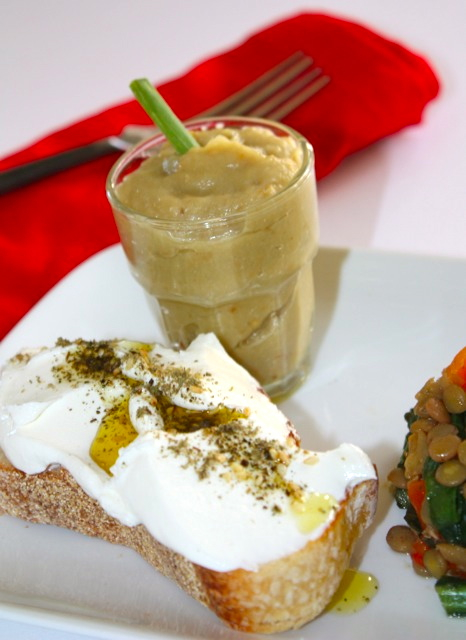 These days I have been hooked on Labne, which is a Kefir Cheese, similar to Greek yogurt but thicker, creamier and with a little salty flavor. It’s usually eaten with grilled pita, sprinkled with olive oil and za’atar (mixture of oregano, thyme, savory, sumac, sesame seeds and other middle eastern spices). Labne is delicious, and has little calories. I used toasted baguette, it might not be the most authentic bread to use, but it worked fine since I had no pita. The eggplant purée adds a smooth and velvety touch to this combination of textures. I added some green leafs to the lentils and roasted peppers for a little more robust flavor to the naturally nutty lentils and it was a very nice balance. 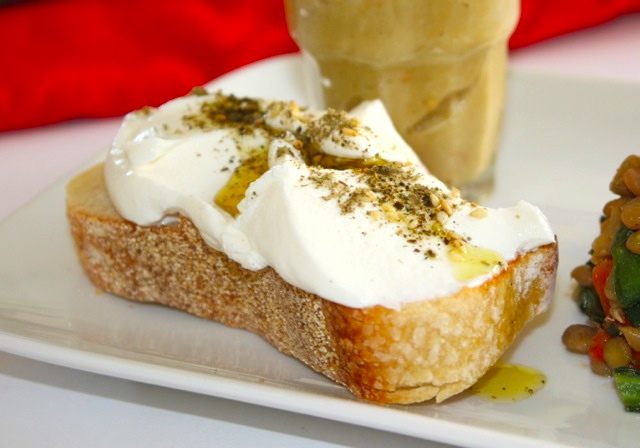 Labne, How did I manage to live all these years without you???? I have no idea…My life must have been so incomplete and I didn’t even know…

For the lentil salad

Cook lentils in water with carrot, onion, celery and bay leaf. Bring to a boil and let cook until the lentils are soft but not mushy. Drain and remove all the vegetables from the lentils and set aside

Roast red bell pepper under broiler on all sides, until the skin darkens. Remove from oven, let it cool in a plastic bag, peel and remove seeds. Dice in small pieces.

Cut eggplants in two lengthwise. Sprinkle with olive oil, salt and pepper. Add onions on top, sprinkle with thyme and cook in a pre-heated oven at 400F. When soft, remove from the oven, let it cool and scoop out the pulp of the eggplant.

This entry was posted by silvia on December 1, 2011 at 3:31 pm, and is filed under Appetizers, Vegetables, Vegetarian - dairy. Follow any responses to this post through RSS 2.0.You can leave a response or trackback from your own site.