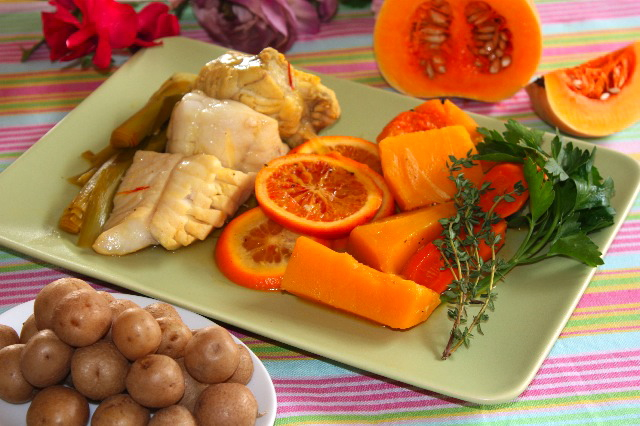 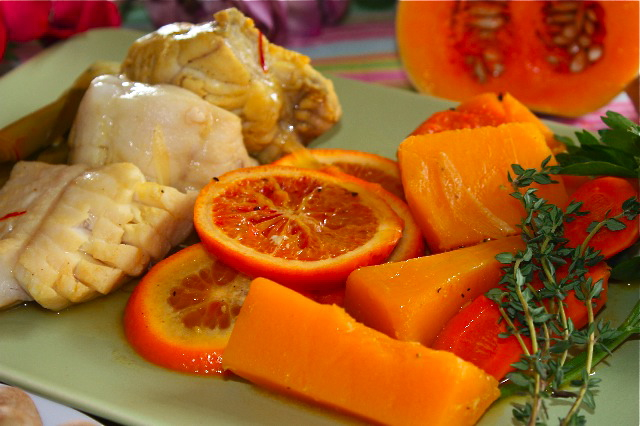 Traditional Pot-au-feu in France is mainly a dish of boiled beef slowly cook in a broth with various vegetables such as carrots, celeri, leeks, onions, etc…and a bouquet garni which is a bunch of different herbs tied together to enhance the broth (such as thyme, laurel parsley, marjoram, etc…). Usually, the meat is served along with vegetables and broth on the side. It’s considered a rustic dish but quite popular among the French. Every country has its own version of Pot-au-feu. I am not a fan of boiled meat and rarely ate it. My mom used to make the Italian version called lesso with chicken and beef together and that was certainly not my favorite dish growing up.

It’s not really a kids “friendly’ dish. Big chunks of meat with big chunks of vegetables were something I would dread. Good thing tastes do change when you become an adult, can you imagine eating all your life “kids” food? Actually, I do know some people who never developed a palate and still eat “kids food”. I think they’re missing so many wonderful sensations and pleasures.

The good thing is now I do eat Pot-au-feu, but the fish version and I cannot get enough of it. I absolutely love this dish, the flavors are incredible. The citrusy flavor of the broth combined with saffron delicate fragrance are such a perfect combination. I do believe that whatever you make with meat, you can make the same thing using fish, maybe not all of it, but most of it.

You can serve this fish with vegetables around, along with some broth on the side and tiny steamed potatoes. I found some teeny tiny potatoes at the store, that I had to buy them. There were not bigger than a quarter, some of them even smaller, the cutest potatoes I have ever seen…and they’re called “teeny tiny potatoes”, that’s what it’s written on their bag.

Monkfish is also very popular in France, its texture remains very firm and lotte au poivre vert, monkfish in a green peppercorn sauce is one of our traditional and popular monkfish dish.

Preparation
To prepare the broth, mix fish fumet, vegetable broth, juice of oranges, the onion with cloves stucked in it, garlic and bouquet garni of herbs. Bring to a boil and cook for about 10-15 minutes at low heat.

Add cut vegetables to the broth and cook until the vegetables are cooked. Add fish, saffron and blood orange slices. Cook for about 10 minutes until the monkfish is cooked. Cod tends to cook faster, so to prevent it from breaking apart, remove cod pieces from the broth and let monkish cook a little longer.

Remove vegetables and fish from the broth, filter the broth. Place fish in a large dish, then place vegetables around it. Sprinkle with olive oil and serve with potatoes on the side warm broth and toasted country bread.

This entry was posted by silvia on November 5, 2009 at 10:40 pm, and is filed under Fish/Seafood. Follow any responses to this post through RSS 2.0.You can leave a response or trackback from your own site.