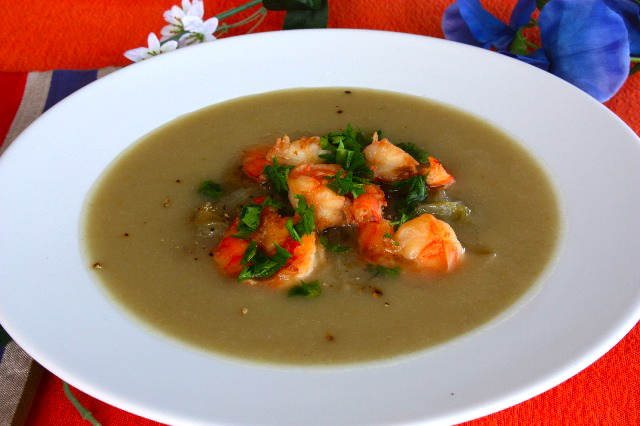 Endive also called chicon in Belgium and Northern France is often used in French cooking and is such a creative vegetable. You can use it as a salad, soup, gratin, tarte, braised, and so many other ways. It is also high in magnesium, phosphorus, calcium so quite a nutritious little plant. Endive was found in the 19th century in Belgium by Mr. Bresiers who was responsible for the botanical gardens in Brussels, that’s why they’re called Belgium endives in the US. Supposedly to pay less taxes, Mr. Bresiers hid chicorée roots underground in his cellar and a few weeks later when he came to pick them up, he noticed beautiful white leaves coming out of the ground, those leaves are since then called endives.

The particularity of endive is its bitterness, and that’s what I love about it.

We have a traditional endive dish called endives au jambon, that every household in France knows how to prepare. It’s quite a simple dish but so delicious. It’s basically cooked endives and rolled inside a slice of ham, in a béchamel sauce and topped with gruyère, then cooked in the oven until the cheese melts and turns golden brown. I don’t know if Julia Childs brought that back to the US, but it’s definitely a traditional French dish, that is worth testing.

The bitterness of endives goes perfectly well with the sweetness of the shrimps, overall endives are a great combination for fish or white meat and I use them quite often in my dishes. Also a many dishes combine orange and endive, because  of the flavor match.

Marinate shrimps in garlic and soy sauce for about 1 hour.

In a large pot, heat olive oil, add onions and potatoes and cook for about 5-10 minutes. Add cut endives and cook for another 5 minutes, stirring. Add broth (enough quantity to cover the vegetables), salt and pepper and cook until the vegetables are cooked, about 30 minutes. Blend in a mixer and add cream. Mix well and place at low heat to keep it warm.

In a small pan, add 1 tsp olive oil, saute shredded endives until soft and browned then add sugar and caramelize them. Remove from heat and set aside. In the same pan, saute shrimps, then add orange juice and let it reduce.

Serve soup in bowls, place shredded endives in the middle and 5 shrimps on top. Sprinkle with parsley.

This entry was posted by silvia on September 29, 2009 at 12:49 pm, and is filed under Soups. Follow any responses to this post through RSS 2.0.You can leave a response or trackback from your own site.