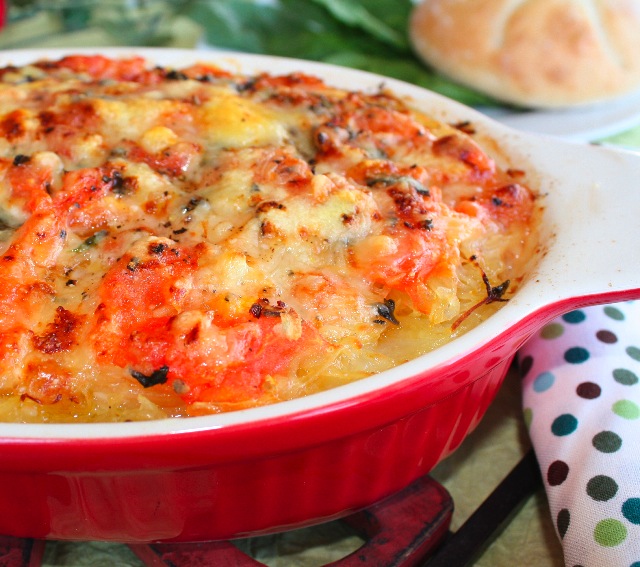 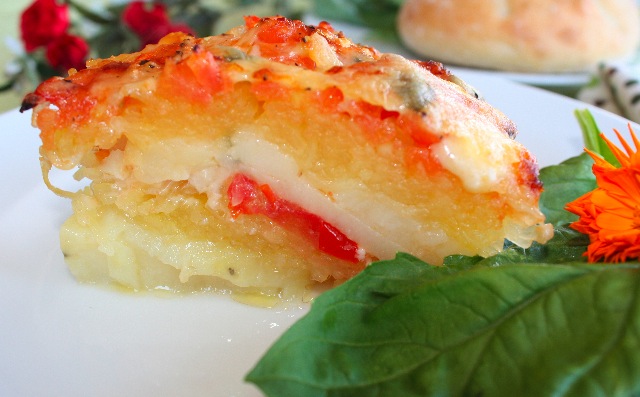 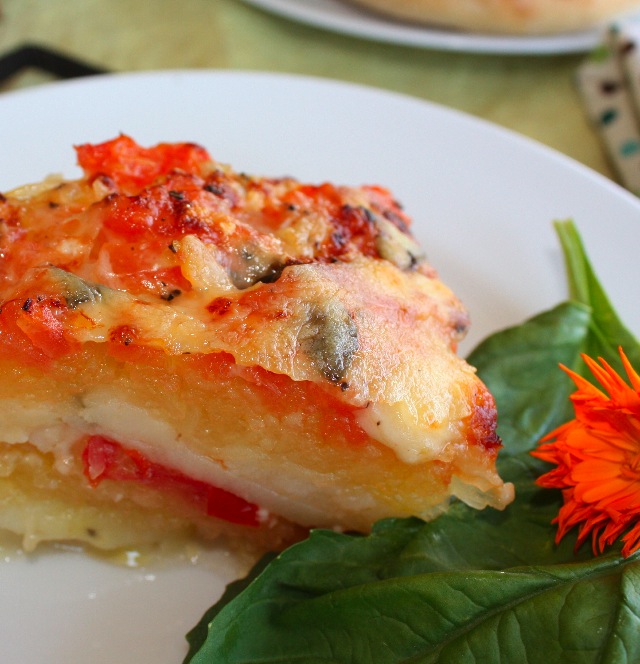 Now I know that this might be a little too much of spaghetti squash in just a couple of days. I was not planning on writing a blog about it, I took the pictures, just in case…then after eating almost all of it by myself, I figured it was definitley blog “worthy” and I have to say it’s my favorite spaghetti squash recipe. I had quite a lot of extra squash left from the pancakes, and certainly did not want to throw anything away. I was taught not to throw food growing up, and I rarely do. I still have some squash left, but I promised I will not write another blog about it.

Vegetable gratin are every French basics. They come in all colors, shapes and form. One thing in common they have cheese in it, actually almost all of them, the real potato gratin, le gratin dauphinois has no cheese in it (although a lot of people do put cheese, but the “purists” will grind their teeth at the though of cheese in gratin dauphinois).

I absolutely love this gratin, and I recommend it to anyone who likes spaghetti squash.

Cook potatoes in boiling water until tender but do not overcook them, they will cook more in the oven.

Add a little oil at the bottom of a deep dish, slice potatoes and lay them flat in the dish, add salt and pepper. Add another layer of spaghetti squash using half of the squash. Add garlic, basil thyme, tomatoes and cheeses, salt and pepper. Sprinkle with olive oil. Proceed with another layer of the same ingredients, ending with cheeses at the end.

*You can add onion fondue and add the onions after the potato layer. You have to cook onion at medium heat in olive oil until they’re translucent. Add a tsp of balsamic vinegar.

When you’re done layering the gratin, press firmly with your hand on the surface to remove any air in between the layers. That way, when it’s cooked it will stand and not collapse.

This entry was posted by silvia on August 19, 2009 at 8:01 am, and is filed under Side Dish, Vegetables, Vegetarian - dairy. Follow any responses to this post through RSS 2.0.You can leave a response or trackback from your own site.